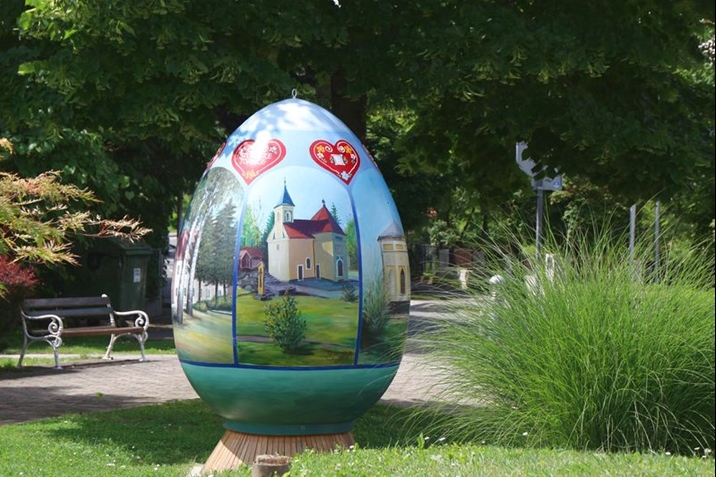 On the occasion of the greatest Christian holiday of Easter Tourist Office Stubičke Toplice organized a cultural event "Easter will come" on Saturday, April 8. Easter is celebrated painting eggs and dining room with richly decorated family table, customs deeply rooted in the Croatian tradition. Takes time, the Tourist Board and the Municipality of Stubičke Toplice past two years have started the tradition of celebrating the feast of Easter, the introduction of new cultural events during which he presented a large eggs which traditionally symbolizes life and the gift of the locals and visitors Stubičke Toplice, and will be placed on the local market to mid-April.

In the introductory part of the participants were addressed by the Mayor of Krapina-Zagorje County Željko Kolar, as well as longtime friends, President of Auto Club Ina Delta Zagreb Berislav Čegelj, and on behalf of the Croatian Mountaineering Association Zvonko Lovreković.